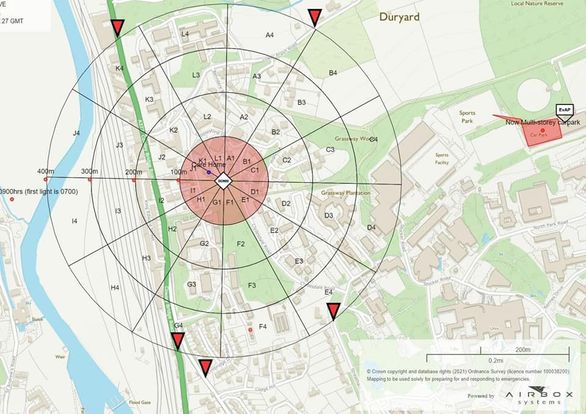 The team were called this morning to support the on going major incident in Exeter.
The task involved being part of a multi agency effort, to evacuated approx 2600 properties. Which are within a 400m radius of a ww2 bomb that was discovered yesterday.
26 of our team members worked alongside members of Dartmoor Search and Rescue Team – Ashburton, Devon & Cornwall 4×4 Response , Devon and Somerset Fire and Rescue Service, HM coastgaurd, Devon & Cornwall Police and others, conducting door to door checks.
The majority of our members stood down at approx 10am once the large majority of residents within the cordon had left. Leaving a few that needed support with evacuation.
The remainder of the team stooddown at 11am, when the are was declared clear.
The cordon will now remain in place until the situation is safe.
For more updates, refer to Devon and Cornwall police news feeds on social media and press.